The Tale of the Excellent Adventures of the Gomang Gong

We at NCC have a blessed connection with the  Drepung Gomang Monks from Southern India.

It was our honor to host them last fall and offer our sanctuary as the site for creation of the Sand Mandala.

During that amazing week the Gomang Monks created the Medicine Buddha Mandala, an incredibly complex, exquisitely beautiful and profound Mandala. That was also the week that the GONG made its appearance .This is an enormous GONG which the monks found in Santa Barbara. They had been searching for awhile in hopes of replacing the Monastery Gong which had cracked when struck by an over exuberant Monk...!

This GONG was made in Thailand about a hundred years ago and somehow had found its way to Southern CA.

Thrilled to find exactly what they were seeking the Monks purchased it and with great difficulty and the muscle of 5 or so Monks secured it to the top of their van . And so the journey back to India began.

Luckily for us and by the grace of God we were on the path..and thus NCC became part of that story and journey.  One day during that wonderful week the eagerly anticipated GONG arrived at NCC . With tremendous effort and lots of muscle it was lovingly transported into our Sanctuary where it stayed for several days. Many of you were lucky enough to experience the profound vibration of this enormous GONG..

Words cannot describe the depth, beauty and resonance of this most Sacred instrument....!  I felt every cell in my body vibrating , the whole building vibrated, in fact all of Laguna Beach must have felt the energy on some deeper level.

As a gift to the Monks and in gratitude for their selfless service to our community we dedicated our Sunday offering to fund and organize the shipment of the Gong back to India.

After several months at sea and then again continuing over land the long journey to India was complete .The  Gong had finally arrived at its home in Southern India.

See below pictures and a description of the Consecration of the GONG as it was set in place at the Monastery.

As the GONG was struck the Monks read the names of those of you who had volunteered during their visit to NCC. In fact ,in their gratitude, the Monks included the whole congregation .. our entire church family.

Thus we were ALL included in this beautiful blessing..!

Here is a description of the events by someone who was visiting the Monastery dugong the consecration:

"While we are at the monastery, we participated in a special puja where this previous tour was honored by all the monks and by the abbot:  it was quite spectacular.  They carried the gong down from the roof, and brought it to the front doors.  They then struck the gong - it was an amazing sound!  The monastery as a whole is so very excited to have this.  As the vibrations of the gong filled the prayer hall, the monks all began talking among themselves in excitement, giving the impression that the sound waves were actually moving the monks :)  It was such a delight to be there during this:  I hope the little bit I am telling you gives you a sense of the great accomplishment it was to get this gong and ship it to the monastery!  Many thanks for the part that you all played in seeing this happen."

I like to think of those sound waves from that massive Gong traveling from Southern India, across the vast ocean and reaching our shores here in our hometown of Laguna Beach

What grace and good fortune that our NCC family is part of the excellent adventures of the Gomang GONG....! 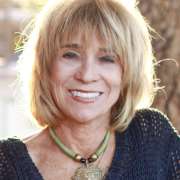 Pam Wicks Music Ministry Director "Pam has been the Music Director at NCC for almost nine years. She has been a musician her entire life and is grateful every day for her parents who gave her this gift - and made her practice! She loves her job and the openness and inclusiveness of NCC which allows for such creativity and eclecticism. Pam also leads a weekly chanting circle in the sanctuary, and organizes community concerts at NCC... and much more! She is thrilled to serve this wonderful church and share her musical gifts with all!"